Aka, it’s way too hot already. Today me and Maren decided to clip the little beastie. It’s been sooo hot… it’s… not my favourite weather. Last year we had an above ground pool and it was literally a life saver. Unfortunately we were responsible and put it away for the winter… why is that unfortunate? Well, because this past winter a big tree fell right on top of the shed where the pool was being stored. So it’s smushed. So we no longer have a pool:( anyways, back to Liliput’s clip.

She still had tons of her winter fluff, and was looking miserably hot. Me and Maren alternated clipping… It took awhile (because I’m the worlds slowest clipper! Haha)… but actually turned out pretty good!!

She’s so cute right?! The plus side of all this super warm weather is that I’ve had the chance to give both Rasty and Tanta baths. They really needed it… especially Tanta. But the ungrateful ponies went and rolled immediately after I turned them out. Luckily I assumed that’s what they would do and put sheets on them, so the damage was minimal. 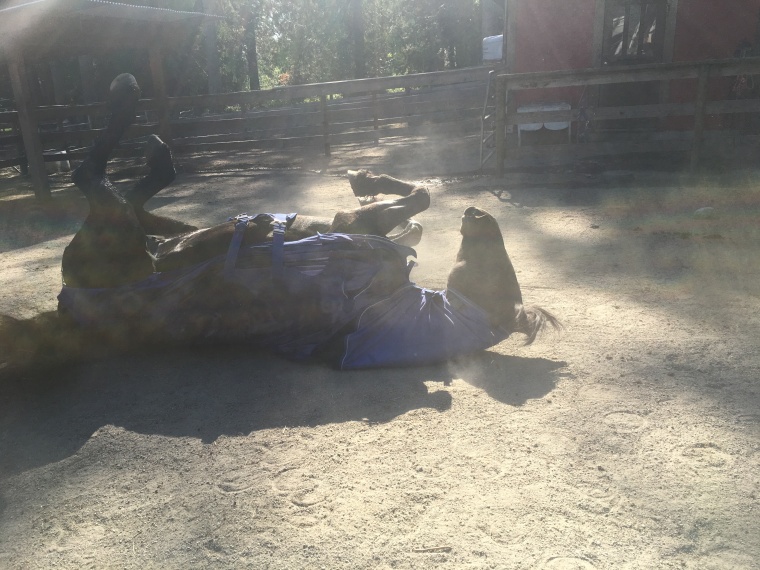 Tanta has been doing well on her rehab program, and is still (knock on so much wood!!) sound. 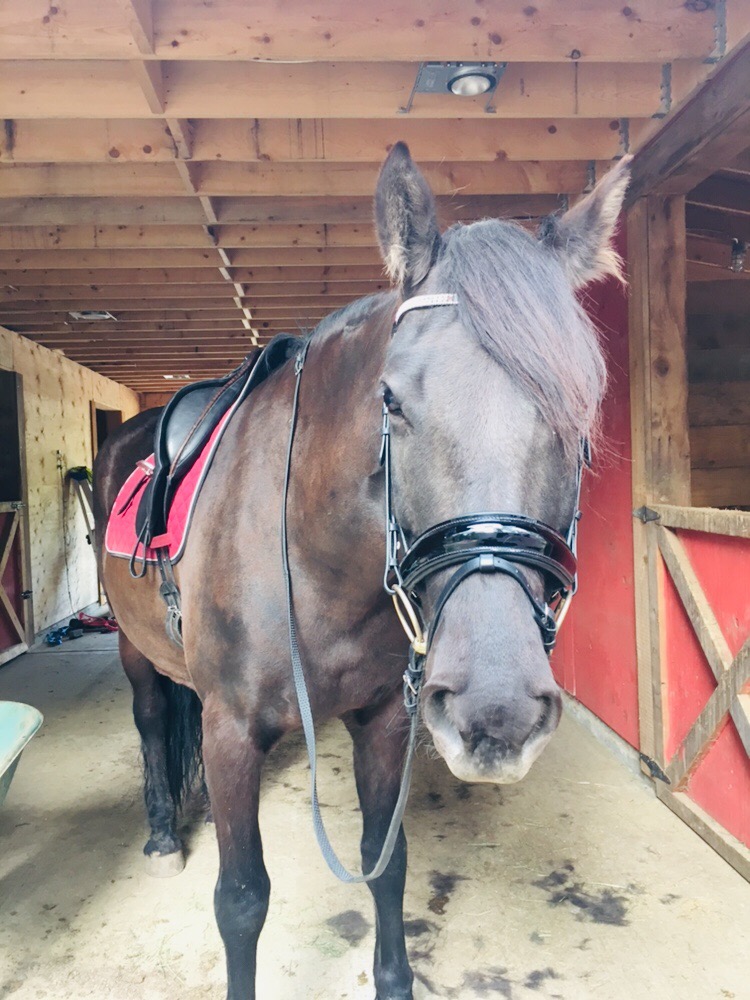 And me and fox have a jumping show coming up this Saturday. I’m very excited for that!! We’ve entered 2’3” and 2’6”. Fox has been so very good lately, and she’s so fun to jump. 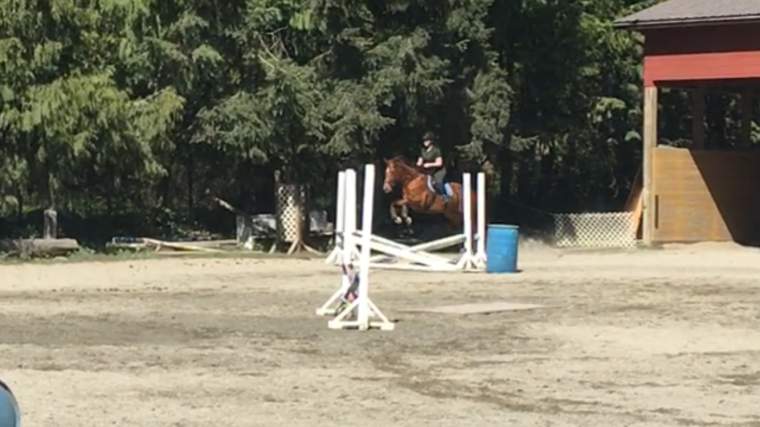 And the pups! They are doing super well. Today they turned 6 weeks old, I can’t believe it’s been they long already. About a week ago we started bringing them outside into a pen to play, and they love it. We’ve also started taking them for small “walks” around the yard in their harnesses, to get them used to wearing them. Really we just follow them around though.

I was away from Monday till late Wednesday so no riding happened then 😦 but I did get a lesson on Thursday! I have been really missing jumping (I didn’t jump at all for the last year +, but now that I got to do just a little bit before Tanta went on stall rest… I miss it!😫) so I asked if I could ride one of my coaches horses. She said I could try Foxy! She is a super super sweet and friendly OTTB. My coach did say to free lunge her before I rode. So I did! She seemed very reluctant to get going… then when I made her go she slowly loped around the ring a couple times. I was thinking this free lunging seemed pretty unnecessary… after a few more minutes I caught her and went to saddle up.

My coach came out and was like “did Fox have a good gallop with lots of bucking?”😊

then she says “hmm it’s still in there then!”

so then she proceeded to teach me an emergency stop! Hahaha… 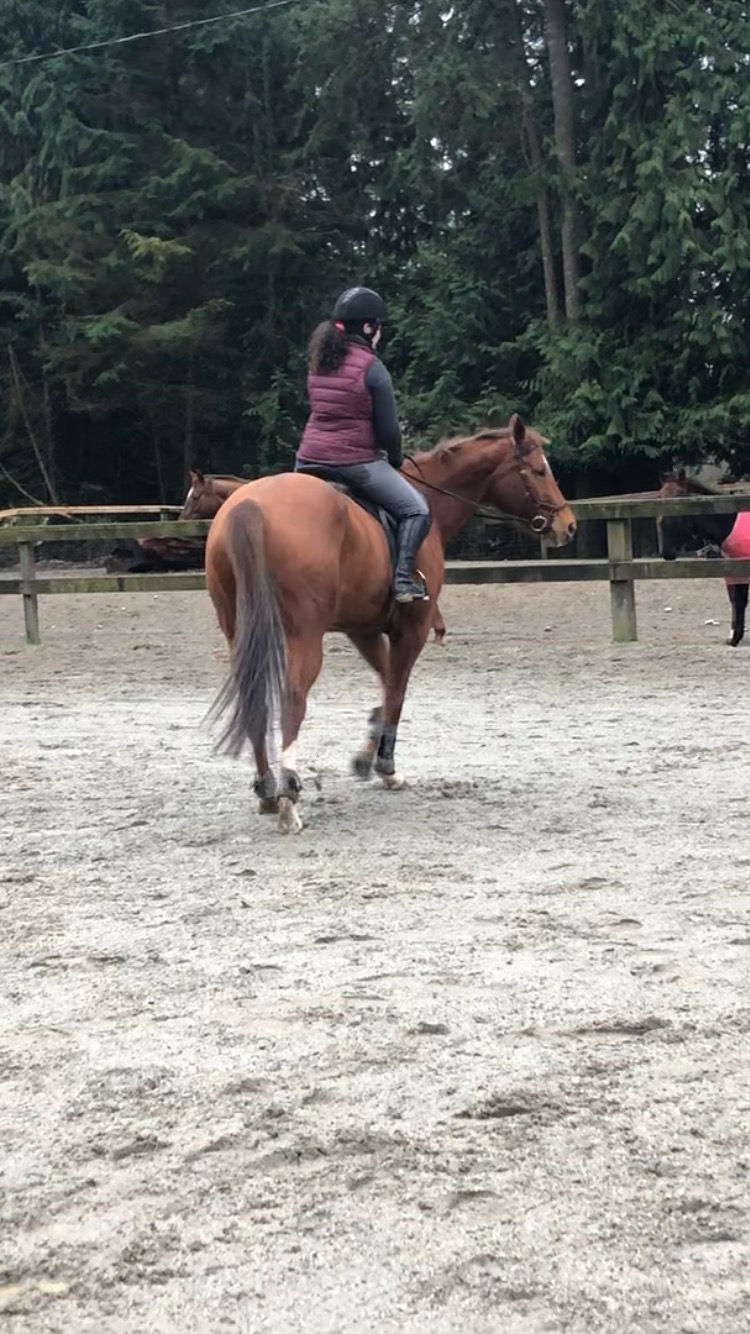 Me and Fox practising our ‘emergency stop’ (at the walk😉)

and then coach grabs out a dressage whip with a plastic bag on the end! And she says “time to try out the emergency stop”😈

Hmmm at this point I was wondering how this would go… I’m on a somewhat green horse who I’ve never ridden before and is apparently full of gallop/bucking energy, and now we are going to purposely test out the emergency stop?😟 lol.

But Fox is very level headed and wasn’t really that phased by the bag. She was nervous and clearly wanted to get away from the bag, but it wasn’t like she bolted or anything. So I needn’t have worried, it really wasn’t that eventful. And my coach would never do that if she thought it would be unsafe or anything… but it was a good chance to try out the emergency stop on a spooking horse who was not out of control.

Then it started raining so we moved to the indoor to jump some little things. Fox is super fun to jump!! We only trotted a few tiny jumps, but it was SO fun!!! 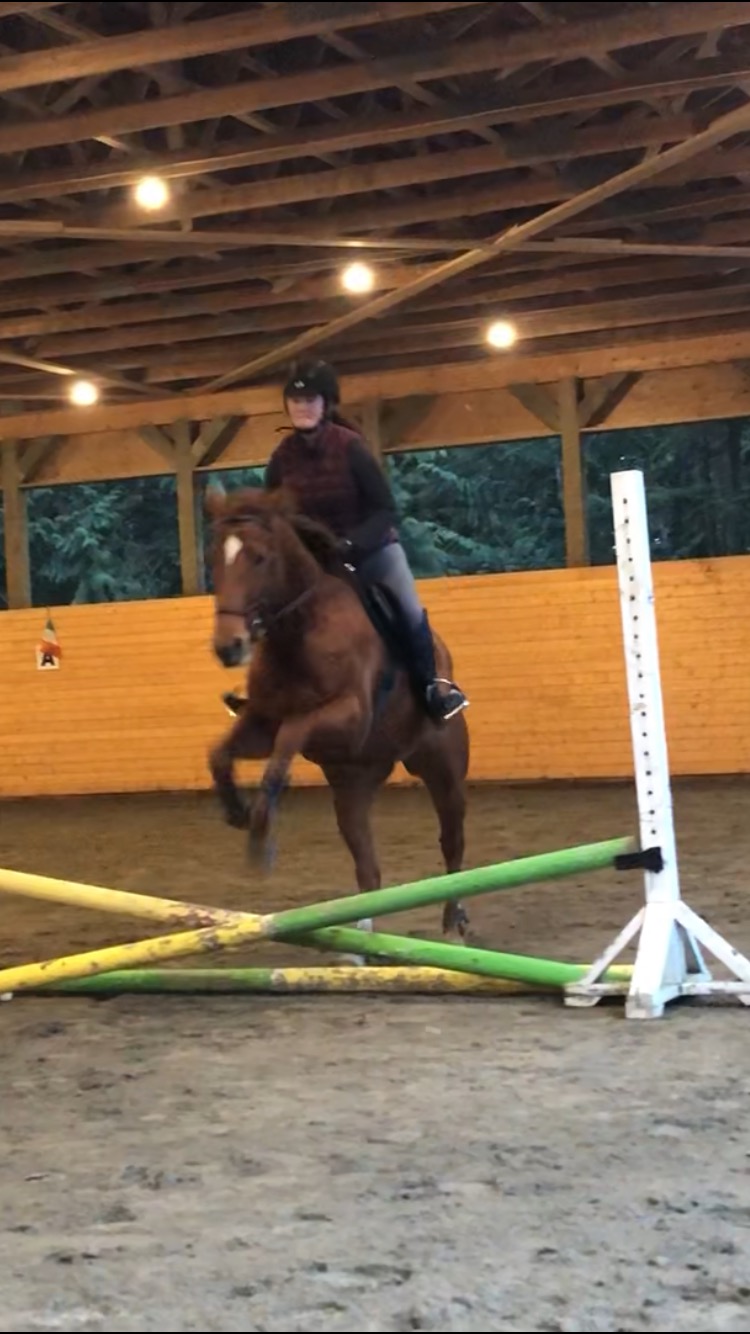 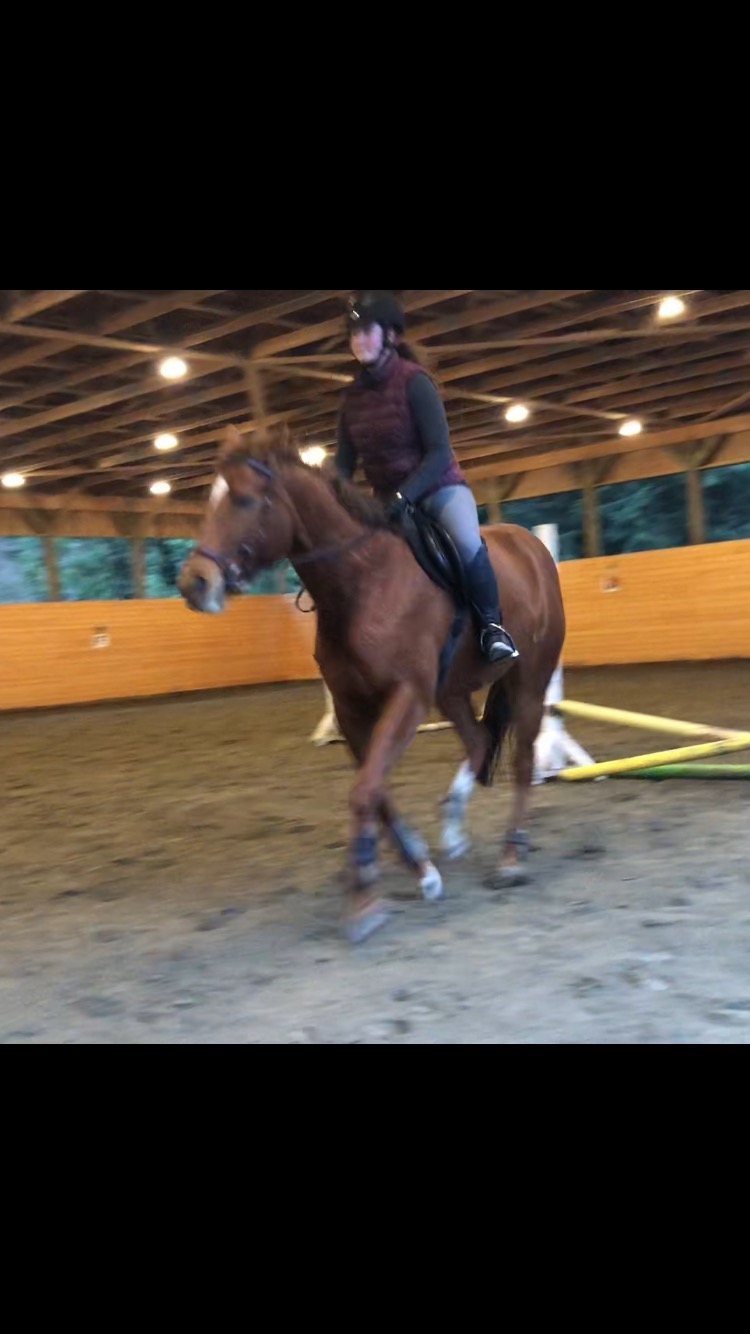 And she did play a few times, but nothing terrible… and I had such a blast!! I will have to see if I can have another lesson on her soon.